Repin, Pin it, Save – They all do the same thing, Pinterest has decided to rename the way Pinners save content from the web.

Whenever I has spoken to people that don’t use Pinterest, I always have to explain the idea of a virtual Pin board in order to help them grasp the idea of “Pinning ideas”.

Expanding on this concept, then explaining about repinning content and that appearing in the news feed can sometimes make them switch off. The idea of “repinning” isn’t easily understood and Pinterest seem to have realised this.

As a side note if anyone can explain to me what the purpose of favouriting a tweet is I’d love to know. Is it the same as “Liking” a post or is it to “save” it for referring back to? #confusedmuch

Recently, after doing some testing, Pinterest found that simply changing the words “Pin it” to “Save” had an 8% increase in the number of pinned pins.

Therefore across all their platforms Pinterest have updated their “Pin it” button to “Save”. 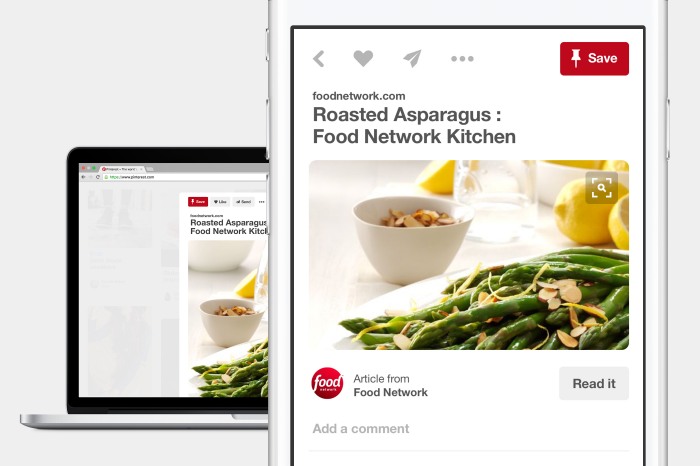 It’s a clever move because “Save” is such a general term across the word familiar with anyone that uses any device. Even users that don’t know what Pinterest is will automatically click “Save” because they want to actually save the content.

“Save” also is replacing the “Repin” option, combining everything into the one term (making our life easier too!). It also best explains what you are actually doing with the content. Pins you save to public boards will then appear in your news feed for others. Just like when you react to a post on Facebook, it can show up in your friend’s news feeds.

If you haven’t added a pin it button (now save button) then you can add one easily using Pinterest’s widget builder. If you’ve already got one and aren’t seeing it change then you’ll need to update the button (add in the new code found in the builder).