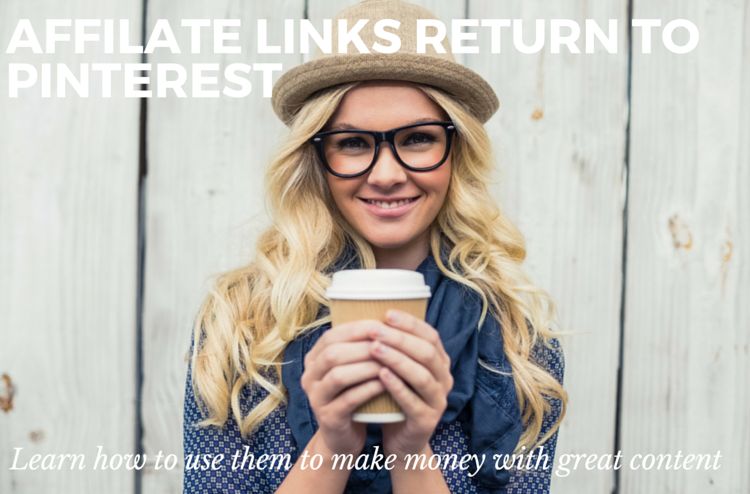 Where did they go?

Up until February 2015, Pinterest allow Pinners to include Affiliate Links in their Pins. Pinterest say that they had to block the links because it was “clogging up news feeds with irrelevant content and leading to spammy behaviour”.

That’s completely understandable, but in the last year the platform has tightened up, become slicker and algorithms improved. Meaning that now Pinterest can monitor and block spammy behaviour before it gets out of control and we’re guessing, block those users immediately.

What does it mean for the future?

The re-introduction of Affiliate Links means a massive boost for the platform, allowing users to easily make money on Pinterest. Not only the users creating content and pins, but the ones wishing to increase their brand, exposure and product sales.

It also comes at a perfect time when Promoted Pins are being rolled out across more countries. Affiliates can use the platform to promote their pins and good content, leading to affiliate sales.

This is going be a huge pull not only for those that left when affiliate links were banned but also new users wishing to grow their business/passive income. We should see a massive rise in Pinterest users and Pins which means it’s time to get ready for more pinning activity!

If you’re not on Pinterest already then it’s definitely time to get in before everyone flocks back to the platform.